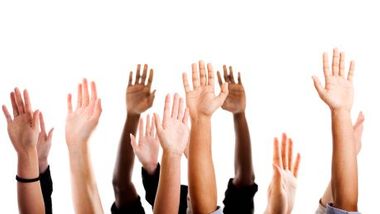 Q – I believe that Jesus died for me, I study my Bible and I listen to various services on TV and online and have received much knowledge by doing so. Do I really need to go to Church to be a Christian?

A – “And let us consider one another in order to stir up love and good works, not forsaking the assembling of ourselves together, as is the manner of some, but exhorting one another, and so much the more as you see the Day approaching.”
‭‭Hebrews‬ ‭10:24-25‬ ‭NKJV‬‬

“but, speaking the truth in love, may grow up in all things into Him who is the head—Christ— from whom the whole body, joined and knit together by what every joint supplies, according to the effective working by which every part does its share, causes growth of the body for the edifying of itself in love.”
‭‭Ephesians‬ ‭4:15-16‬ ‭NKJV‬‬

The Christian race cannot be run alone, therefore the Bible clearly enjoins believers in Hebrews not to forsake the assembling together of one another. This is done by coming together in church, where there can be fellowship, edification, instruction, support, encouragement, etc.
The book of Ephesians pictures believers as the body of Christ with him as the head. The whole body works together and supports each order in order to grow. Everyone has something to give, so no one should isolate themselves.

Q – The Bible states that God does not desire that anyone should perish but also states that the majority of humans are going to hell. Why did God create humans knowing that many would go to hell?

A – “The Lord is not slack concerning His promise, as some count slackness, but is longsuffering toward us, not willing that any should perish but that all should come to repentance.”
‭‭II Peter‬ ‭3:9‬ ‭NKJV‬‬

“And Jesus came and spoke to them, saying, “All authority has been given to Me in heaven and on earth. Go therefore and make disciples of all the nations, baptizing them in the name of the Father and of the Son and of the Holy Spirit, teaching them to observe all things that I have commanded you; and lo, I am with you always, even to the end of the age.” Amen.”
‭‭Matthew‬ ‭28:18-20‬ ‭NKJV‬‬

God’s original plan for man was a being created in his image with whom he could have enduring fellowship or communion. While the devil tricked man to get him out of this union, God had made provision for man before he fell to restore him back into fellowship. ‭‭Revelation‬ ‭13:8‬ ‭describes Jesus as the Lamb slain from the foundation of the world. Before man was ever created, Jesus had agreed to come and ransom him when he would have fallen. So God’s desire is as stated in 2nd Peter, that he is not willing that any man should perish, but that they come to a saving knowledge of Jesus Christ, through repentance. However, it is not up to God alone because he has given man a will to exercise choice. Man needs to be able to make an informed choice based on all evidence before him, to choose life and live.
The only place in the Bible where it states that many people are heading for destruction is in Matthew chapter 7. This is a warning not to head in that direction. The final charge that Jesus gave to believers before ascending to heaven in Matthew 28, is for them to go and make disciples of all nations, in order for many to be be saved. The job is for all believers.