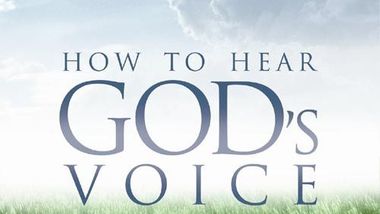 Q – How do you know the voice of God

A – “And when he brings out his own sheep, he goes before them; and the sheep follow him, for they know his voice. Yet they will by no means follow a stranger, but will flee from him, for they do not know the voice of strangers.”
My sheep hear My voice, and I know them, and they follow Me.”
John 10:4-5, 27 NKJV

The foremost way to get acquainted with the voice of God is by reading the Bible. It is recommended that believers should read through the entire Bible. This gets one familiar with the total counsel of God. For beginners, first read through the New Testament from Matthew to Revelation, then through the Old Testament from Genesis to Malachi, after which you can follow a plan that makes you read through the whole Bible yearly. Anything you read prayerfully in the Bible is God speaking to you. This is called “logos,” which is his general counsel. Occasionally something you are reading sort of come alive and God uses it to speak directly to you, which is called “rhema,” which is his specific counsel.

God also speaks through His spirit to our hearts. The way to know it is God speaking is that what He says will always agree with the Bible. If it does not, then it is not God speaking.
He can also speak to us through other people in prophecies, which generally should align with what we believe he has been saying to us. Another way is through dreams, though care needs to be exercised in this area, not to be led astray.

Q – Is it wrong to have a girlfriend as a teenager?

Christians should not be trying out girl or boy friends to determine which is suitable. Prayerfully, God leads people to their future partners, or point them out. For teenagers, while they can have friends of the opposite sex, it is advisable that they focus on their education first. While they can identify who they have interest in while in University or its equivalent, if it is mutual, this is the time to begin to talk to God and family about the future, avoiding any intimacy at the same time. When they both finish their education is the preferred time to get engaged, and marry at the appropriate time subsequently.